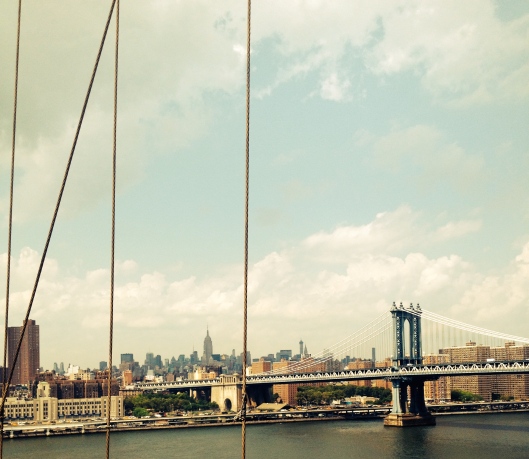 Tea Bag Yogi tells me today that “every smile is an achievement.”

Watch the cat wander the house looking for company, quixotic in her indecision.  She wants out, then in, then to perch in my lap, then to sit close but not overly so.  She walks the edge and can’t yield to company nor endure her own loneliness.  She paces in and out of my thought-scatter; her movement stirs up surprises there until I can see my own reflection in her soft gray mind.

The snow falls fast and layers up a quick thick inch with no sign of stopping.  There’s ice hidden in patches below, but no detecting where, so the most purposeful steps become clumsy skids and slips, making children of everyone.

A morning walk through the flat freeze of the day tells the brain to assemble an endorphin parade.  A gladness of small birds and fallen pine and rowed homes sealing the ones within, while I pass along in stillness.

The skin of the body raises in a chill before its submerging in the free fall pyramid under the shower head.  The will acquiesces to lay itself out below and feel the gentle battering of every droplet.

An inner struggle wages and I am the victor.  The impossibility of it is delightful.

The brooding of nighttime brings familiar faces before the mind and begins a run of the mishaps that could ruin them.  This time, I recognize the terror as just that, and breathe out stronger prayers, slowly and deeply, until the peace at the pit of me spreads itself out and sings me to sleep.