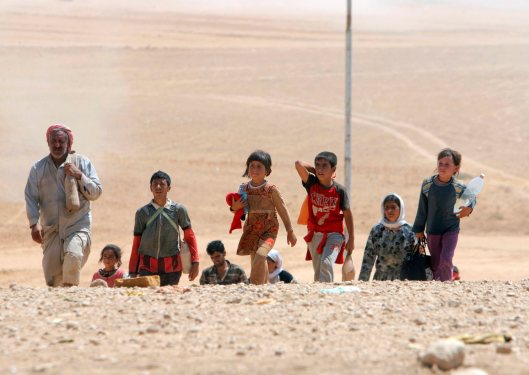 Refugees have been the overwhelming focus of international headlines from most mass media news sites this week following the widely circulated photo of Aylan Kurdi, and recent hype in European politics over which countries will open their borders and which will not.  The intensity of these highlighted debates would make it seem as though many countries in Europe are swarming with unwanted numbers at an influx exceeding maximum capacity.

This is both an inhumane and distorted depiction.

Of course, the crisis is real for refugees fleeing from Syria, Afghanistan, and other countries.  The number of asylum applications to Europe in the beginning of 2015 alone has reached around 350,000 (UNHCR, World Bank).  Although the European Union is still struggling to produce a comprehensive solution for refugee distribution, some countries have already declared their responses.  Germany, which is receiving the greatest number of refugees, has agreed to take in 500,000 per year for the next several years.  For a country listed at one of the most populous in the world, this is a generous offer for a leader to make.  David Cameron has proposed to accept 20,000 refugees over the next 5 years, (a pretty scrappy number which translates to 12 people per day), while France has agreed to 24,000 over two years.

These figures prove the urgency of refugees’ need for asylum.  The media hype would have it seem as though Europe is the victim.

In order to shed some light on any given country’s capacity to open its borders to those in need, the example of Lebanon is a good place to start.

Lebanon has long been a host country for refugees, but there has been no precedence in its national history for the concentrated influx of Syrian refugees that have fled to Lebanon since the outbreak of the Syrian conflict in 2011. Figures from the UNHCR showed a total of 1,124,950 registered refugees spread out through the country (UNHCR, 2014), and now the total number has reached around 1,600,000. For a country with a national population of about 4.2 million people, Lebanon has had to absorb one of the largest mass exodus’ of the century for a country its size, bringing its total population to 5.9 million in 2015.

There have been over 1.5 million refugees who have fled Syria into Lebanon over the course of the last four years, a figure equivalent to over 25 percent of the Lebanese population before the start of the crisis (World Bank Lebanon Policy Note, 2013).

To give a reference point, this fact sheet shows the amount of asylum applications the UK has received in the last few years, and shows that only a small percentage of these have actually been granted refugee status.  At the end of 2014, the refugee numbers in the UK totaled to 117,161, a fraction of the 1.6 million that Lebanon has received within its tiny 10,452 square kilometer territory.

And Lebanon’s refugees have barely made even national headlines.  The situation is certainly not ideal.  Lebanon is struggling under political corruption and stalemate that has consequentially translated to all sorts of problems for the population.  The electricity is rationed out to certain unreliable hours per day, there are water shortages and contamination problems, and most recently, Lebanon’s garbage has been left uncollected due to the government’s inability to decide on a new landfill.  Life can be challenging enough for citizens, let alone for refugees without adequate basic resources.

And yet, despite Lebanon’s slew of internal problems, it is still a safe haven for many fleeing from civil war and more dire circumstances.  European countries can look to developing countries like Lebanon to reconsider what is possible.  If anything, Lebanon is ultimate proof that there is no such thing as maximum capacity.  There’s always room for more.