Did you watch the Oscars?  I did not, but I still want to talk about it.

This is the very first year that I have not only seen more than a few, but actually a majority of the year’s films. Here in Lebanon, I don’t have access to Netflix or Hulu, and the internet is far too slow for online streaming anyway, but never fear!  Pirated film shops are ubiquitous and going to the movies is a common weekend activity.

Since I’ve upped my film repertoire, this is the first time I can really appreciate the Oscars.  Now that I am eligible to make opinions as a viewer, here is my assessment of whether or not the recipients merited their awards. 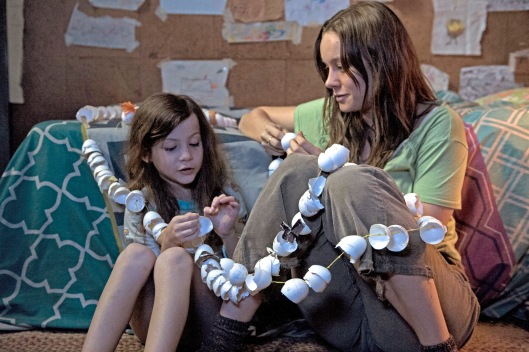 Jacob Tremblay and Brie Larson in “Room” from EPK.tv

A well deserved award, and a film that’s not for the faint of heart.  I sat down to this without having any idea of what it was about first, and I cried through the whole thing.  Don’t go into this one with your guard down like I did.  Larson was so convincing in her role, that the whole movie felt like watching live footage, which was sort of the point.  Her portrayal of a mother raising a son while both were held hostage in a shed was brave and heroic and heartbreakingly human.  She somehow turned a ghastly situation into a relatable experience that made me feel like I was living right alongside her.  The tensions, the decisions, the aches and pulls and doubts, the uncertainty of a mother doing the best she can with the circumstances she’s in are just shattering.

Favorite Quote: (Opening lines): “Once upon a time, before I came, you cried and cried and watched TV all day, until you were a zombie. But then I zoomed down from Heaven, through skylight, into Room. And I was kicking you from the inside. Boom boom! And then I shot out onto Rug with my eyes wide open, and you cut the cord and said, “Hello Jack!” 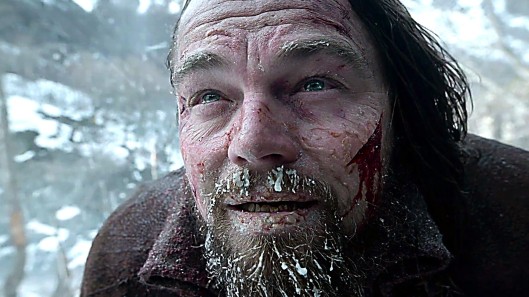 I might have given it to Jacob Tremblay for his role as Jack in Room, but that little kid still has plenty of time on his side whereas Leonardo DiCaprio’s Oscar-potential days may be running short.  Sure, Leo probably deserves to receive at least one Oscar in his lifetime, but I’m not sure this is the movie for it.  His portrayal of the character Glass in The Revenant was certainly impressive–the injured sounds coming out of his mouth alone were award-worthy–but I guess I was surprised because the acting here was mostly just physically challenging.  Manipulating his entire body to represent his severely mangled character was a feat in and of itself, and then giving life to his emotions from within those limitations made the performance truly remarkable.  And yet, despite the amazing facial expressions, straining and foaming at the mouth, I didn’t think there was enough nuance or complexity to the character’s pure desire for revenge to merit the award for best actor.  Maybe best stunt acting?  (I’m sure if I attempted any part of the role myself I would rapidly conclude that I spoke too soon.)

Favorite Scene:  It’s the most obvious one I guess.  I was totally flabbergasted by the the bear attack. Cedric said he looked over at me during this part and my mouth was hanging open.  I was totally riveted and in love with the whole scene: the bear, the man, the struggle, the cinematography.  Also the bear reminded of my little Isla in a weird way.  Something about the innocence and snorting noises. 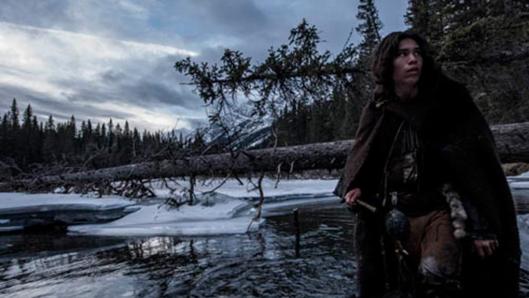 So many scenes in this film were really staggering, and it had to have been insanely difficult to pull it all together.  In my opinion, however, it would have been much better if it were considerably shorter and a bit more believable.  Glass has a few too many close calls with death, and somehow returns to better health after each one.  His first recovery after a heavy mauling by a savage grizzly was noteworthy enough, but when he could suddenly walk again after emerging from the raging waterfall cliff he fell over in his paralyzed state, I could no longer take his survival story seriously.  I don’t know how much wiggle room the director has with the script, but I thought this one was stretched a little too far.

The cinematography Oscar was entirely merited.

Second favorite scene: Being a fan of Man vs Wild conditioned me to really appreciate the scene in which Glass takes shelter inside the corpse of his horse.

I didn’t see this one. 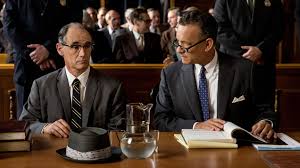 Well deserved, although surprising.  Mark Rylance brought his character to life through the perfect mix of quiet nonchalance, humble courage, and unintentional charm.  His performance was so subtle that I would have thought it slipped off the Oscar radar. Tom Hanks also deserves credit for providing just the right character dynamic that highlighted the brilliance of Rylance’s part.  My favorite scene actually didn’t involve Rylance.  It was the scene in the bar when Donovan tells off Hoffman.  Donovan’s argument there was brilliant, and reminded me of how my dad likes to approach politics.  I won’t give away any more, so see the film if you’re curious.

James Donovan: “You have been charged with three counts and nineteen overt acts. Conspiracy to transmit United States defence and atomic secrets to the Soviet Union, conspiracy to gather secrets, and failing to register as a foreign agent.”

Best Animated Film: Inside Out 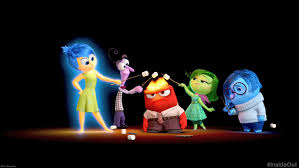 I’m not sure about this one.  I saw the trailers long before the movie came out, and I was so excited for it.  I thought the idea was brilliant, and the clips from the trailers were hilarious.  I could’t wait to see it, but once I did, I was disappointed with it.  It wasn’t as funny or brilliant as I had anticipated.  I barely even laughed.  I wanted to see more of the humans dealing with the emotions, and felt like the animated emotions themselves sort of veered off on their own tangent story line, which I wasn’t particularly interested in.  Womp womp.

Totally well deserved.  The sound mixing and editing was particularly incredible.  I can’t say I enjoyed this movie in the least.  I saw it when I was pregnant and nauseous, and it’s not the best film to see in that state.  I am also very queasy when it comes to having my blood taken, so I didn’t do very well with the blood lines being used as energy.  Basically I absolutely hated the film, but I can appreciate why its a favorite for so many.  The grandiose juxtaposition of chaos, greed, blind group thinking, and trying to make sense out of a senseless world struck close to home in many frightening ways.

Favorite Quote:  (obvious) “As the world fell, each of us in our own way was broken.  It was hard to tell who was more crazy, me or everyone else” 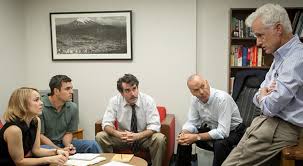 Well deserved.  What a story to tell and how difficult to tell it well.  The film was hard to watch, but felt incredibly honest and factual and real.  It was told in a way that both revealed the huge ugliness and enormity of the scandal and highlighted the integrity of the journalists bringing it to light.  The spotlight was shed not so much on the priests themselves, but more on the role of those investigating the cases.  It was an example of journalism at its best, and that couldn’t come at a better time.

Favorite Scene: When Sacha Pfeiffer (Rachel McAdams) and Michael Resendez (Mark Ruffalo) are talking out on his porch one night.  Both are reeling from the discovery of just how widespread the scandal is.  Resendez, who is the team member most critical of the Catholic church at the start and most excited to take on the story, is also the one most visibly infuriated as the evidence keeps pouring in.  In a poignant moment, he admits to Pfeiffer that the hardest part for him was that he had always believed that he’d eventually return to the Church.  It was a small moment, but it was a microcosmic look at just how devastating the scandal was for thousands who had placed trust in their priests.